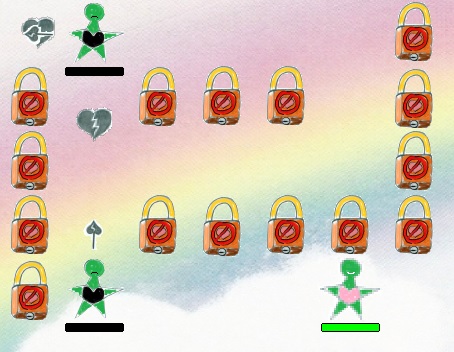 This is a game about the struggle between love and fear. You play as a spirit of love who wants to spread love to other spirits who are gripped by fear. In order to send love to them, you need to learn how to spread love by meeting Love Gurus.

Three levels are implemented in Game Maker. The first level was also implemented in DirectX. (In the DirectX version, start the game and press escape and start again to get the powers working.)

Art was hand drawn. The sound was recorded by the team.

No comments yet! Why not leave one?